Will SCOTUS Reopen Question of Discriminatory Application of the Death Penalty? 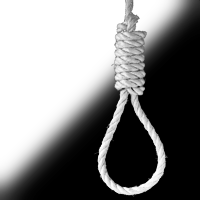 Richard Dieter, executive director of the Death Penalty Information Center, has suggested to the Washington Post that the Supreme Court may be getting ready to review “whether the death penalty is applied in a discriminatory discriminatory way, an issue the Court has not taken up for two decades.”

The issue here is how thorough a court’s proportionality review must be, to ensure that a death sentence is not based on arbitrariness or discrimination. Justices Stevens and Thomas concurred with the denial of cert., but gave strongly opposed written opinions.

Stevens, the more liberal of the two, stated that Walker’s case was “troubling,” because it involved a black killer and a white victim. Numerous studies over the years have shown that black defendants are much more likely than whites to be charged with capital crimes, regardless of the race of the victim, but that capital crimes are also much more likely to be charged when the victim is white, regardless of the race of the killer.

Stevens felt that the Georgia Supreme Court wholly ignored its job, and only performed a perfunctory review of proportionality. It merely cited 21 similar death sentences and said that was good enough. The court didn’t describe or compare the facts of those cases, which differed in heinousness.

Thomas, on the other hand, said that Stevens was “simply wrong.” “There is nothing constitutionally defective about the Georgia Supreme Court’s determination. Proportionality review is not constitutionally required in any form.” Georgia has chosen to do some kind of proportionality review, and that’s fine, but the Supreme Court has never required that it do so. If Georgia wants to administer its own additional rule in its own way, that’s up to Georgia.

Thomas, the more conservative of the two, pointed out that the Court already looked at all of the arguments Stevens raised, and rejected them in McCleskey v. Kemp, 481 U.S. 279 (1987).

The fact that these arguments are being raised in written cert. opinions, however, is certainly giving some folks reason to believe that the Court may be interested in looking at them again, should the right case come its way.