Following the Law = Pro-Prosecution? Since When? 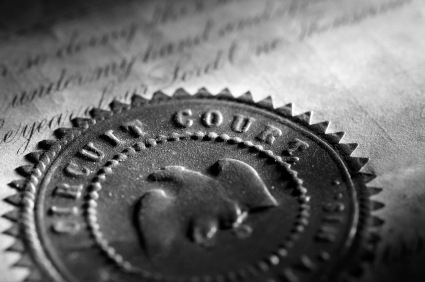 The Washington Post has a nice article on Sonia Sotomayor’s early years as a lawyer in the Manhattan D.A.’s office. The article, online here is more substantial than your typical puff piece, giving a fairly accurate gloss on what life might have been like for the young prosecutor. We spent nine years in that office ourselves, so it’s nice to see an article about the place that rings true for a change. So it’s a good article.

But we choked on our bagel when we read the following quote about the Supreme Court nominee:

“She toes the line in terms of following what the law is, and in that respect [her opinions] come out as more pro-government,” said Ellen S. Podgor, a law professor at Stetson University who has reviewed about 100 of Sotomayor’s appellate rulings in white-collar cases.

So let’s get this straight. If your judicial opinions follow the law, then you are a pro-government judge. Really? Since when?

Now it’s true that most appeals are brought by defendants, not by the prosecution. Prosecutors rarely can appeal, and even when they can they rarely choose to do so.

And it’s also true that most appeals brought by defendants are losers from the get-go. The law simply does not support their claims on appeal. Too bad, so sad, but that’s the way it is.

So necessarily most criminal appeals are going to result in a win for the government. And as the quote above indicates, simply following the law will result in more opinions siding with the prosecution.

But how does that make a judge pro-government? And does this mean that a pro-defendant judge must ignore the law? It’s nonsense.

Perhaps we’re over-reacting to the professor’s quote. But it seems to us that there is too much of this touchy-feely attitude that a really just person would have a slant in favor of defendants and against the government on appeal. Of course the power and might of the state must be balanced by a judiciary that gives every benefit of the doubt to the accused. But that does not mean we want judges to ignore the law so that a defendant will walk.

Because if we allow that, then we’re also allowing judges who ignore the law so that the state can abuse its might, and allow injustice against defendants. It cuts both ways.

The strength of our society rests on the rule of law. And those who would have judges ignore the law in favor of some feel-good notion really do society a disservice.

Seriously, it’s hard enough defending people as it is. To all the touchy-feely types out there who would impose their sensibilities on standards of judicial fairness: Don’t do us any favors, please.